The University of Oxford is the oldest English-speaking and the second-oldest surviving university in the world. Most undergraduate teaching at Oxford is organised around weekly tutorials at self-governing colleges and halls, supported by classes, lectures and laboratory work organised by University faculties and departments. Oxford regularly contends with Cambridge for first place in the league tables, and consistently ranks among the top ten universities in the world.

As one of the leading Universities, the IT Executive Management Team (EMT) embarked upon an IT Transformation programme designed to ensure it remains leading edge. With a need to provide improved levels of service to over 40,000 IT users, they identified an opportunity to create a vision of the future based upon operational efficiency.

The University is comprised of 36 independent colleges, with over 100 departments, including research, the University staff and library support.  There were three key IT departments offering services as well as local IT officers in each of the colleges, each autonomous and able to make purchasing and management decisions both on infrastructure and support.

With over 20 years’ service at the University the Deputy CIO, Dr Stuart Lee, and the serving CIO were both aware of the increasing need to implement effective changes to the manner in which IT Services are provisioned.  A key part of this programme was the consolidation of 3 independent Help Desks. 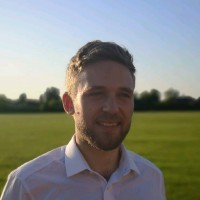